Albright Farms was formed in the early 1920's by Ryan and Matt's Great Grandfather Aubrey.  The traditional receipe we use to make our chips, dates back to then when Great Grammy Lela would make homemade potato chips on her wood fired pot belly stove with Grampy Aubrey's potatoes.

Great Grampy Aubrey had only horses and no tractors to help with the farming of the potatoes. He also stored the harvested potatoes in the basement of their farmhouse for the first several years. In the mid 1940's he purchased his first tractor and a few years later built his first potato house.

Matt and Ryan started a potato distribution company in 2004 to sell the potatoes they grew on the farm.  In 2006 they bought the farm and later that year the idea for Covered Bridge Potato Chips was born. In 2009, the first chips rolled off the production line. Ryan and his 2 employees would make the chips and load the cases in his Toyota Corolla and visit local store owners to sell our chips. 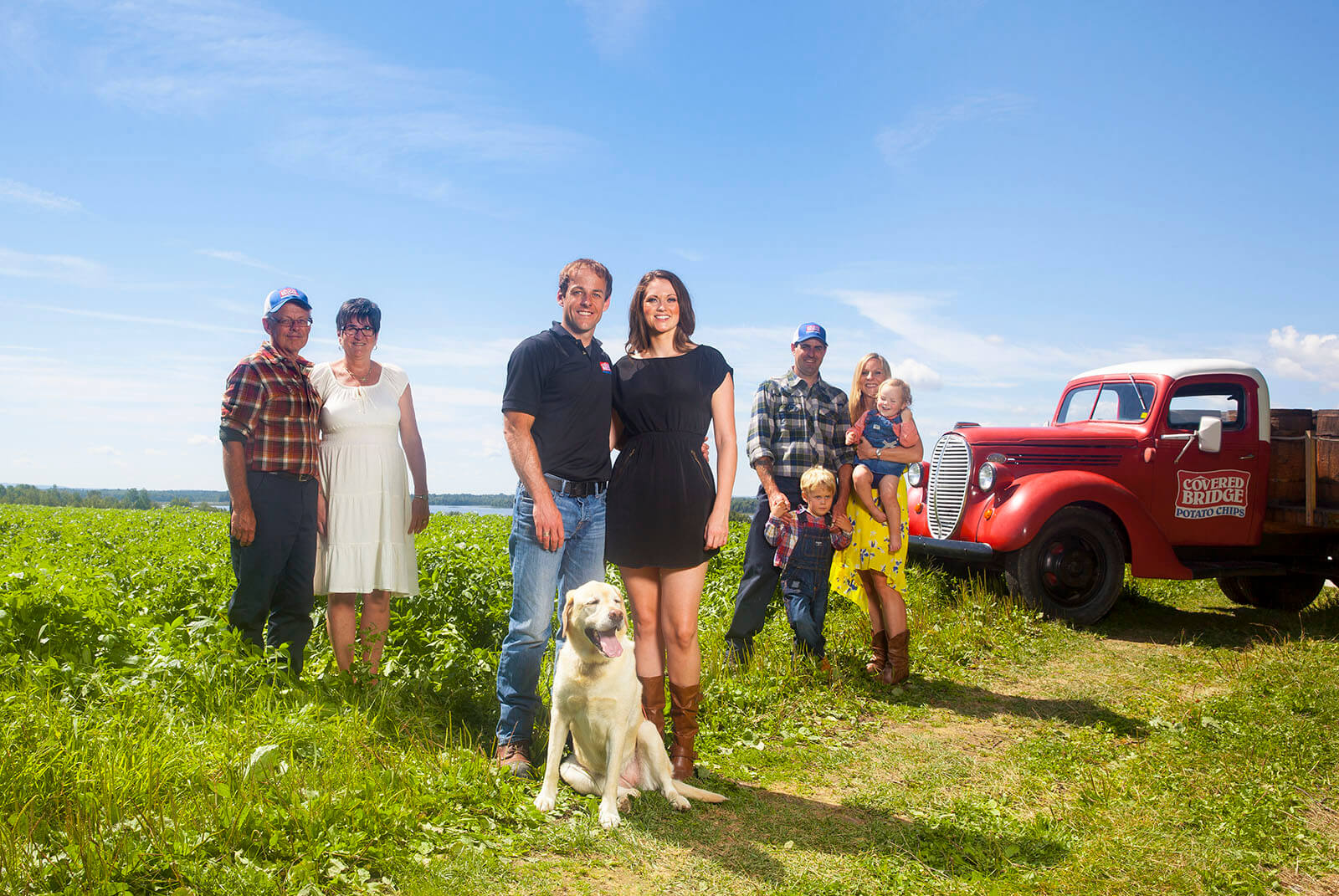 From Our Family to Yours

We work hard at Albright Farms and Covered Bridge Potato Chips to bring you a top quality and mouth-watering chip. We grow 500 acres of our dark Russet potatoes so we can deliver the same great taste year-round in our potato chips. Thanks to all of you for your ongoing support!